Top 10 Universities to Study in the UK

Home » Blog » Top 10 Universities to Study in the UK

The United Kingdom has been home to some of the World’s best universities and is also the most lauded study abroad destination. It holds 2nd position among the world’s most desirable and leading universities for higher education. The country provides a homely environment to its pool of international students with a multicultural society and diverse population.

With British universities dominating and securing the top places in international rankings for their prowess in academics, there is no wonder that the UK has been the most preferred study abroad destination.

That being said, let us now look at some of the top universities in UK. 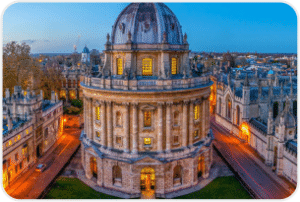 The University of Oxford is one of the elite universities and continues its domination and secured 1st place again in the UK again this year. It is also the oldest university in the English-speaking world. Oxford added a significant new research capability in the natural and applied sciences, including medicine, over the twentieth and early twenty-first century.

Currently, the university has a total enrolment of 24,000 students, nearly. They have a strong alumni base of more than 350,000 alumni spread across all over the world. Moreover, to name a few Albert Einstein, Tony Blair, Bill Clinton, and Hugh Grant are renowned leaders that have graduated from Oxford. 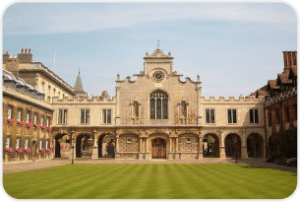 Another university that we have on our list securing top positions after Oxford is the University of Cambridge which is the best university for study abroad. Its international reputation for great academic accomplishment is based on the intellectual achievements of its students as well as world-class original research conducted by the University and Colleges’ faculty. It is in fact ranked 2nd highest and mostly known for its employee reputation and academic excellence. The university currently has 23,380 students from all walks of life and has 12,000 overseas alumni in over 200 countries. The University has an international community that invites brilliant students from all around the world. 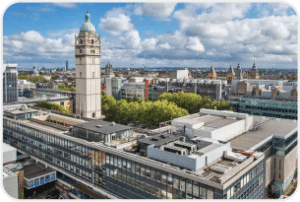 Imperial College London, the capital’s highest-ranked university, wins the bronze medal position in the United Kingdom. It climbs one spot to eighth place internationally this year and ninth place globally for academic repute. The college has an international reputation for superiority in research and teaching and focuses solely on engineering, science, medicines and business. It is also one of the best engineering colleges in UK.

Imperial provides a research-based education that exposes you to real-world difficulties, teaching that encourages you to question everything, and opportunities to work in multi-cultural, multi-national teams. The college has been awarded the Gold Teaching Excellence Framework (TEF) for its outstanding teaching, learning, and student achievements. It is one of the best colleges in the UK for employment prospects. When compared to any other university in the UK, Imperial graduates are said to have the highest average starting salaries. 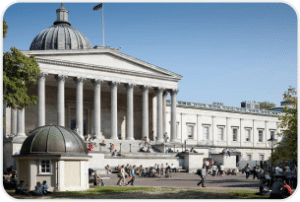 With about 11,000 employees and 38,000 students from 150 countries, UCL is London’s leading multifunctional university. UCL was the first university in England to admit students of any class or creed, and the first to admit women on an equal footing with men, having opened its doors in 1826 in the heart of London.

The university offers 440 UG programs and 675 PG programs. Postgraduate students at UCL learn by doing, influencing the world around them with their hands. UCL attracts innovators, industry disruptors, thinkers, who want to leap immediately into studies in a variety of fields. The university hence is known as an academic powerhouse, there have been 30 Nobel laureates among its former employees and pupils, one for each decade since the title was even started. The very heart and mere focus of UCL is research and is known as a world-leading research university, it is located in the midst of one of the world’s most vibrant cities, allowing you to take full advantage of all that London has to offer. 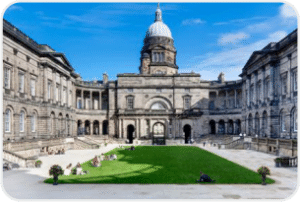 Among other best universities in UK the University of Edinburgh has followed and is the sixth oldest university in the English-speaking world and one of Scotland’s ancient universities, having been founded in 1582. The institution is profoundly ingrained in the fabric of Edinburgh’s cityscape, with many of the university’s buildings in the ancient Old Town. The university is home to nearly 40,000 students and continues to attract great minds around the globe, making Edinburgh a truly international experience. They offer a vibrant working, studying, and teaching environment with outstanding resources. From Nobel Laureates to future explorers, pioneers, and inventors. They provide a variety of study options, including on-campus taught programs and online part-time education. It is the leading supplier of online distance learning, with over 70 programs available. Students wishing to balance further study with professional or family commitments are increasingly turning to our flexible and friendly online learning programs.

Are You Planning to Study in UK?
Click Here to Book Your Free 1-On-1 Session with Experts

6. The University of Manchester 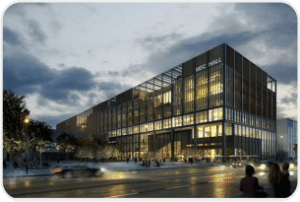 The University of Manchester is a leader in cutting-edge science and engineering research, particularly in the development of innovative treatments for life-threatening diseases. Hence is one of the top universities worldwide for research and medicine. With a great support network, counselling, services, and well-being activities and having the country’s largest union, the university delivers holistic development.

It offers over 1,000 courses which include reputed bachelor’s, master’s, MBAs, and PhDs in English, History, Politics and international relations and social Anthropology, Engineering, Human rights, etc. 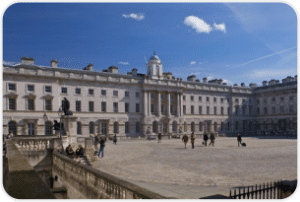 King’s College London has a formidable reputation for cutting-edge research and world-class teaching. Including a broad range of health areas such as nursing, medicine, dentistry, and psychiatry the college has an eminent reputation in law, humanities, and sciences, they have a major role in shaping the advances of modern life which include valuable research that led the way to the development of television, radio, radar, and mobile phones and the discovery of the structure of DNA.

There are more than 27,600 students from 150 countries worldwide which includes 10,500 graduate students and some 6,800 staff. For nearly 200 years they have offered academically renowned degrees and their near 40,000 alumni from around 172 countries have helped shape the world in areas such as arts and politics, healthcare, and banking. 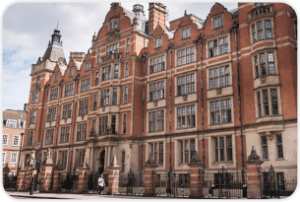 In a given academic year, the London School of Economics and Political Science accepts about 11,000 students on a rolling basis. Around 55 percent of LSE students are foreign, originating from nearly 200 countries around the world. At LSE, international students can apply for admission to 40 undergraduate, 118 master’s, 20 double degrees, and 12 executive programs. From IT and learning technology assistance to the world-renowned British Library of Political and Economic Science, as well as the LSE Language Centre and an academic mentor, the school offers a variety of resources and services to help students get the most out of their studies. 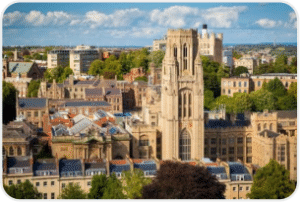 The University of Bristol, which was founded in 1876, blends academic quality with an autonomous and forward-thinking culture. Students study from and work with scholars who are thought leaders in their fields at Bristol. With roughly a quarter of our students coming from outside the UK and more than 150 nations represented in our varied community, our world-class educational environment attracts the sharpest minds from all over the world.

The University is at the forefront of worldwide research, creating ground-breaking work that has a social impact on a local, national, and international scale. Bristol is among the top five UK research institutions and is considered as one of the top universities worldwide and a member of the Russell Group of UK research-intensive institutions (THE analysis of REF 2014).

10. The University of Warwick 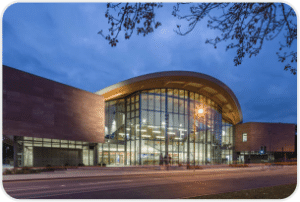 The University of Warwick is a world-leading university with the highest academic and research standards, born out of boldness, inventiveness, and collaboration. Over 26,500 students from 150 nations attend the Coventry campus. The institution is consistently ranked among the best in the UK and around the world, and the 2014 Research Excellence Framework ranked Warwick 7th among UK research universities, indicating that you’ll be learning alongside professors on the cutting edge of their fields.

Broadly, to sum up, everything that has been stated so far, the foremost reason for being the UK as the most preferred destination is mainly because its qualification/degrees are internationally recognized. With world-class education, good student life, and remarkable work prospects, students will have outstanding employment opportunities as a degree from a top university is always an asset for a student.

Students have access to world-class research possibilities. Universities in the United Kingdom get regular research funding from a variety of government and commercial sources. Students graduating from UK universities are a top choice for firms looking to acquire well-trained professionals due to the high quality of education and concentration on science and research.

Students study and work alongside some of the world’s brightest minds in a variety of subjects and businesses, utilising the most cutting-edge technologies available. 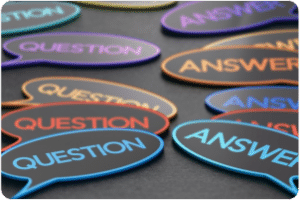 Ques1. What are some of the best courses to study in the UK?

There are plenty of courses that you can pursue from the UK but courses like Law, Medicine, Architecture, Psychology, Modern language and Linguistic are some of the most preferred courses.

Ques2. Is it common for students to work part-time while they study?

Yes. Many university students in the United Kingdom work part-time, usually in hospitality, academic tutoring, or for their student union.

Ques3. What are the minimum IELTS/TOEFL scores acceptable by UK colleges and universities?

If you’re applying for undergraduate studies, you’ll need an IELTS score of at least 6.0. To be considered for a master’s program, you must have a minimum GPA of 6.5. (No band less than 6). Also, keep in mind that top universities will typically have more stringent prerequisites. Check the websites of the universities to which you intend to apply for more information.

If you are planning to study abroad and searching to match your profile with the best suited university, experts at Manya – The Princeton Review have gathered important information of top Universities from abroad. Surely, this information will help you narrow down your quest for universities.

ETS Test Security for the GRE Exam – 5 Things To Know 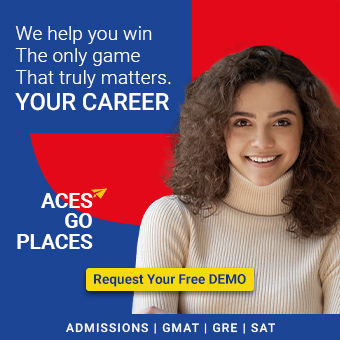 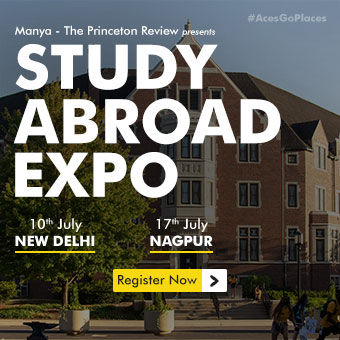