SAT Security Breach: Is the Upcoming SAT in October, 2016 at Stake?* 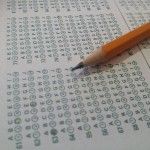 An exam of the stature of SAT warrants multiple layers of security, and given its importance and reputation around the globe, one would expect the College Board to have top notch security measures in place. So it is startling to learn that security is not as watertight as expected and that a leakage has taken place once again. An investigation by Reuters has revealed this security breach, the extent of which is astounding. While the impact on the students who will take the test in October 2016 is uncertain, the incident certainly jeopardizes the credibility of the College Board.

Reuters has revealed that it gained access to ‘hundreds of questions’, and its investigation report attributes this exposure to lax security and a lack of preemptive measures. In 2013, a consultant hired by the College Board had expressed concerns about inadequate protection of material for the new SAT. In 2014, employees of the College Board expressed similar concerns regarding unauthorized access to questions for the redesigned exam. Much later, in 2016, journalists from Reuters obtained 21 reading passages and 160 math problems from an unidentified source. This event bears testimony to the lack of proper security measures. College Board spokeswoman Sandra Riley reserved her comments until a thorough investigation has taken place, but she acknowledged that the breach was certainly a criminal act.

Related Blog: How to Study for the SAT? | Study Plan and Its benefits

There have been other incidents in the past. For instance, the May 2013 exam was canceled in South Korea because some local test-prep companies got the test in advance. Such leaks happened because of the College Board’s re-use of tests already administered earlier. Reuters claims that this latest leak is even more threatening, since it involves the exposure of never-seen, never-used questions. 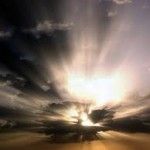 As a ray of hope, College Board has recently issued a statement claiming that the leaked questions did not reach the test takers, so the test will not be affected by the leak.

Here is the full statement:

The theft of unpublished test content is a serious criminal matter. The College Board and our 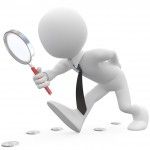 partner ETS are responding quickly and deliberately to investigate and resolve this matter. To be clear, this stolen content has not been administered to students. Therefore, no students have or will be impacted by this theft. As the investigation is ongoing, we are limited in what we can share. We want to assure you, our members, that we are taking the stolen test content off the SAT administration schedule while the investigation is under way. We will continue to update our members on the progress of the investigation.

Related Blog: Do I Need to Write SAT I or SAT II?

The question remains: how will this incident affect the test takers – the large number of honest test-takers? It’s heartening to know that the number of people who cheat on the SAT is far less than 1 percent (Ray Nicosia, Head, Office of Testing Integrity at ETS). Further, these happenings are mostly restricted to China and South Korea.

As John McGrath, VP, College Board said, “Bad actors will continue to lie, cheat, and steal to the detriment of students who work hard and play by the rules.” But honest students cannot give up; doing so would be to the detriment of their own future interests and prospects!

Manya-The Princeton Review will continue to help honest, hardworking students to prepare for the SAT Test in an honest way.

*The views expressed in thhis blog are not necessarily those of Manya – The Princeton Review Private Limited.

Get to Know About the Study Abroad Opportunities After 12th

Need a Career Counsellor? | Get Counselling at Manya‎