15 Inspiring Indians Who Studied Abroad and Made It Big

Higher education in the US continues to be valued globally. The number of students searching for US universities & relevant courses is steadily increasing and more so after the announcement of the probable immigration reforms by the Joe Biden administration.

As reported by Economics Times (Nov 12, 2020)- post US elections in 2020, indicate favorable immigration reforms by the newly elected government. It has been reported that  – “US President-elect Joe Biden plans to increase the total number of high-skilled visas, including the H-1B and eliminating the limit on employment-based visas by country, both steps are expected to benefit tens of thousands of aspiring Indian professionals. Biden is also expected to exempt any cap on recent graduates of Ph.D. programs in STEM (science, technology, engineering and math) fields in the United States.”

And yes, when it comes to the number of international students in the US universities, Indian students are being desired as one of the most important and largest constituents. This fact has been established not only by the sheer number but also by the quality of Indian students getting admitted over the years. Some of the well known CEOs and professionals in the US are of Indian origin who were born in India, went to the US for higher studies and made it big in the field of business, science, technology, culture and so on.

Also, apart from high education quality standards, the diversity of faculty and students provides a truly global experience to international students. A wide range of courses and specialisation streams and a regularly updated curriculum based on current industry/business requirements help students prepare themselves for future jobs with the right skillsets. US higher education is known to provide its students with an open environment, where students are encouraged to interact, analyse, and come up with their own solutions to problems. It is this approach that has helped Indian students from various US universities today lead most of the Fortune 500 companies. 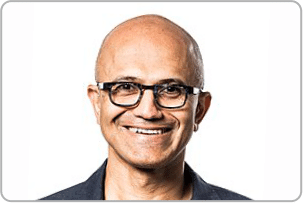 Designation – CEO of Microsoft
Born in Hyderabad Satya Nadella is an Indian-American business executive. He completed his Bachelor’s in electrical engineering from Manipal Institute of Technology in Karnataka. He studied for his Master’s from Milwaukee, USA

Planning to Study Abroad?
Click Here to Book Your Free 1-On-1 Session with Experts 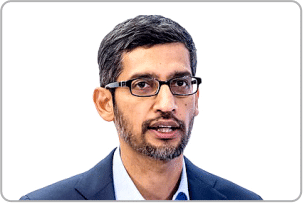 Designation- CEO of Alphabet and Google

Born in Madurai, he got his engineering degree from IIT Kharagpur in metallurgy.  Post which he did his M.S. from Stanford University and an MBA from Pennsylvania. 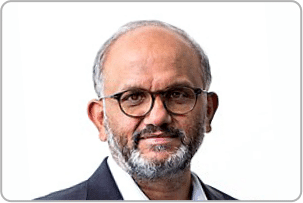 Born in Hyderabad, he earned his bachelor’s degree in electronics and communication engineering from University College of Engineering, Osmania University in Hyderabad post which he moved to the US for higher studies.

Take The First Step Towards Your Study Abroad Journey!
CLICK HERE TO BOOK YOUR FREE 1-ON-1 SESSION 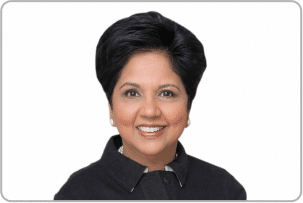 Born in Chennai, she has consistently ranked among the world’s 100 most powerful women. She got her bachelor’s degrees in physics, chemistry and mathematics from Madras Christian College of the University of Madras. Later she travelled to the US for further studies. 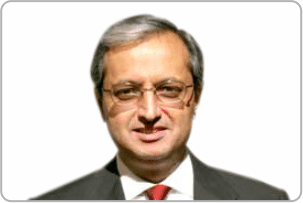 Born in Nagpur Maharashtra studied at Bishop Cotton and Dadar Parsee Youths Assembly High School before moving to the US for his undergraduate studies. 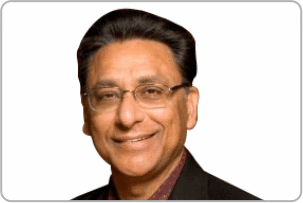 Born in Delhi he is known as the ‘Father of the Pentium Chip’ for his contribution to the development of Intel’s Pentium micro-processor. He got his B.E degree in Electrical Engineering from Delhi College of Engineering. He moved to the US for his master’s. 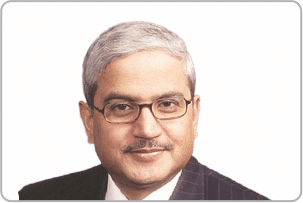 Born in Kolkata is a co-founder and 37% owner of IndiGo airline. He earned his bachelor’s degree in Mechanical Engineering from the Indian Institute of Technology Kanpur. He travelled to the US for his further studies. 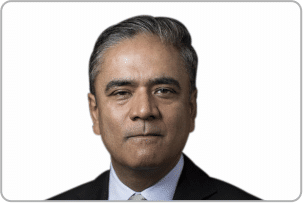 Born in Jaipur, he studied economics at Shri Ram College of Commerce at the University of Delhi. Post his undergraduate studies he went to the US for his MBA 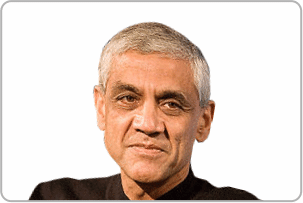 Born in India he is an Indian American billionaire businessman and venture capitalist. He is a co-founder of Sun Microsystems and the founder of Khosla Ventures. He did his BTech in electrical engineering from IIT Delhi after which he moved to the US for further studies.

Planning to Study Abroad?
Click Here to Book Your Free 1-On-1 Session with Experts 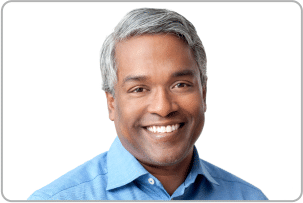 Born in Kerala, he did his schooling at St Joseph’s Boys High School in Bengaluru. Post which he completed his electrical engineering and MBA in the USA. 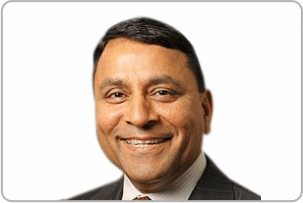 Born in Agra, he is an Indian American business executive who studied at IIT Roorkee, before moving to the US for his advanced studies in engineering. 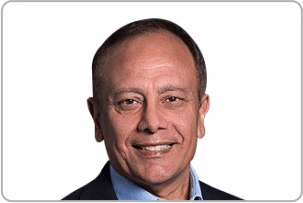 Born in Mumbai, he completed his BTech in electrical engineering from the Indian Institute of Technology, Kanpur before travelling to the US for further studies. 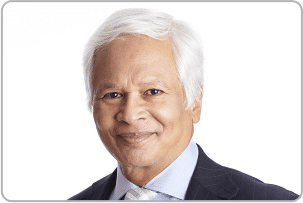 Born in Delhi, he graduated from the Indian Institute of Technology, Delhi with a bachelor’s degree in Electrical Engineering. He did his MBA from the US and moved to Canada to work with Procter & Gamble there at the beginning of his career.

MBA from the Wharton School at the University of Pennsylvania

Awards and Recognition:
2006, recognised for corporate leadership in the telecom technology sector by IIT Delhi 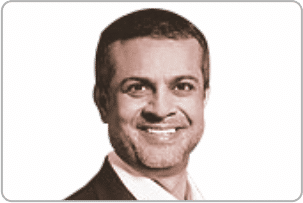 Born in Delhi, he studied electrical and electronic engineering at BITS, (Birla Institute of Technology and Science), Pilani. He has an EMP from Apple University at INSEAD.
Course and US Institution:
Executive Education at Harvard Business School
Awards and Recognition:
1998, CNet Web Innovator Award
2009, Ernst & Young Entrepreneur of the Year 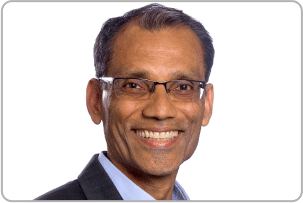 Born in India he earned a bachelor’s degree from the Indian Institute of Technology Kharagpur before moving to the US for studies.

Course and US Institution:
Master’s degree and PhD in Computer Science from California Institute of Technology
Awards and Recognition:
2019, Next Gen Security Expert of the Year, InfoSec Awards 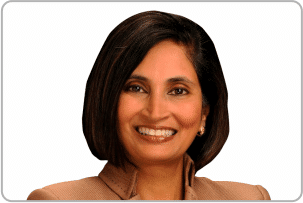 Born in Vijayawada, she received a bachelor’s degree in chemical engineering from IIT Delhi. She studied in US for her Master’s. 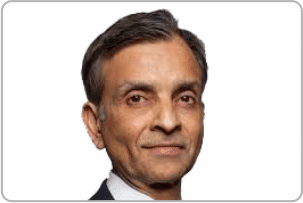 Born in Mumbai, he did his schooling at Bombay International School before moving to the US.

Take The First Step Towards Your Study Abroad Journey!
CLICK HERE TO BOOK YOUR FREE 1-ON-1 SESSION

Manya – The Princeton Review Private Limited holds an exceptional track record of guiding more than 2 Lakh students since its inception in 2002. Some of its Global Achievers are:

At Manya – The Princeton Review, we understand the importance of the right counseling and guidance when it comes to higher education abroad. Students and parents have multiple concerns related to studying abroad,  course requirements, application processes, career advice, visa policies, financial aid and other challenges while staying abroad.

Our expert education advisors have years of experience in servicing study abroad aspirants. They provide appropriate support to all students by guiding them through every step of the application process. They conduct in-depth screening and discussions to help students identify their exact needs and follow it up by finding the best match for them. Services include –
– Profiling
– Shortlisting
– Financial Support
– Admissions Test Support
– Application Assistance
* Editing
* Review
* Interview Guidance
– Student Visa Assistance
– Pre-departure Orientation and more…

If you have convinced yourself to study in the USA, act now. Our team of admission advisors will be happy to assist you, as they do for many other aspirants like you. At Manya – The Princeton Review, as a study abroad consultant we have helped thousands of students like you make it to their dream colleges. So, contact our counselors today to experience a smooth process to your admission into a top US university.

How an MBA from US can Power Your Global Career Dreams

Top 10 Information Technology Schools in the US 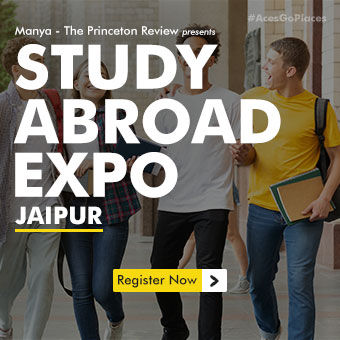