H-1B Visa Series 1: Positive reforms to H-1B Visa expected – US to endeavour to select the very best VISA to be most skilled

Home » Blog » H-1B Visa Series 1: Positive reforms to H-1B Visa expected – US to endeavour to select the very best VISA to be most skilled 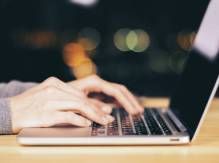 Changes to the H-1B Visa program that would grant temporary occupation to foreign immigrants possessing the masters degree in specialised fields like engineering, accounts, law, medicine has been proposed by the US president Mr. Donald Trump,on Twitter. The proposed changes are expected to bring simplicity and certainty to the visa holder’s stay including a potential path to citizenship.

The current H-1B visa process is aligned towards employment in a speciality occupation by foreign workers through an employer. The foreign immigrants can be sponsored by their employers for a legal permanent residency which will pave way for them to obtain the citizenship of USA in future. Are we looking at this to change or be amended?

The Tweet categorically mentioned that the US would want to encourage talented and highly skilled individuals to pursue careers in the US which would imply that a masters degree in a specialised program from US university becomes a critical criteria. This update is primarily to attract qualified and skilled individuals to obtain employment in the US which will also enable the foreign worker in securing citizenship. With the proposed changes the number of H-1B beneficiaries is expected to increase by 16%, or 5340 more workers, who hold “ADVANCED DEGREES FROM US UNIVERSITIES”. 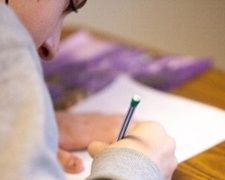 Could this imply that the preference would be given to a foreign worker with a masters degree from a recognised university from the USA! Competition is getting tougher for the temporary visas, which require a Bachelor’s degree.

For a brighter future ahead enquire now

Things to Consider Before Pursuing a Ph.D Abroad