Questions 1-2 are based on the following reading passage: 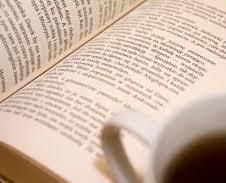 Called by some the “island that time forgot,” Madagascar is home to a vast array of unique, exotic creatures. One such animal is the aye-aye. First described by western science in 1782, it was initially categorized as a member of the order Rodentia. Further research then revealed that it was more closely related to the lemur, a member of the primate order. Since the aye-aye is so different from its fellow primates, however, it was given its own family: Daubentoniidae. The aye-aye has been listed as an endangered species and, as a result, the government of Madagascar has designated an island off the northeastern coast of Madagascar as a protected reserve for aye-ayes and other wildlife.

Long before Western science became enthralled with this nocturnal denizen of Madagascar’s jungles, the aye-aye had its own reputation with the local people. The aye-aye is perhaps best known for its large, round eyes and long, extremely thin middle finger. These adaptations are quite sensible, allowing the aye-aye to see well at night and retrieve grubs, which are one of its primary food sources, from deep within hollow branches. However, the aye-aye’s striking appearance may end up causing its extinction. The people of Madagascar believe that the aye-aye is a type of spirit animal and that its appearance is an omen of death. Whenever one is sighted, it is immediately killed. When combined with the loss of large swaths of jungle habitat, this practice may result in the loss of a superb example of life’s variety.

1. Based on the information given in the passage, the intended audience would most likely be

2. Consider each of the choices separately and select all that apply. 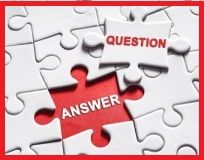 Which of the following statements can be logically inferred from the passage?

(A) Taxonomic classifications are not always absolute.
(B) The traditional religion of Madagascar involves augury.
(C) There are no longer enough resources on the main island to support the aye-aye population.

Choices (A) and (B) can both be inferred from the passage. Choice (A) is supported by the first paragraph. The classification of the aye-aye changes, which demonstrates that such classifications are not absolute. Choice (B) is supported by the part of the passage dealing with the future of the aye-aye. It states that aye-aye is seen as an omen of death in the traditional religion of Madagascar. Augury refers to the use of omens, so this statement must be true. Choice (C), however, is not supported. Although the passage states that the aye-aye is in danger, it does not directly discuss whether this is due to limited resources on the main island.

GRE: The Gateway to Higher Studies
Universities in the US where GRE is not a mandatory requirement
Top 5 Tips to Manage Your Homework Stress
Ph.D. in the USA for International Students
SAT scores now accepted by India’s Leading Universities