Best Cities in the UK for International Students

With more than 500,000 international students enrolling each year, the UK boasts 14 entrants in the QS Best Student Cities 2019, excelling in factors such as desirability, affordability and student preferences.

Reasons You Should Study in the UK

Additionally, with the new £300 million science plan, the UK plans to strengthen and upgrade its scientific infrastructure, extend three-years post-study work visas for PhD graduates and also establish an “Office for Talent”.

Also, the plan allows international students completing a PhD from summer 2021 to stay for three years in the UK as opposed to the current situation which permits them an extension of only 12 months.

Enriched Living Experience: The UK is a multicultural society with a diverse population which provides a homely environment to its pool of international students. Excellent healthcare facilities, widely varied cuisine, beautiful and globally acclaimed architecture, multiple cultural and sports events make study in the UK an enriching living experience.

Shorter Course Durations: UG in the UK is usually for three years whereas you can complete a graduate program in just one year, thereby saving money and time. Additionally, there are 50,000 courses in more than 25 subject areas to choose from in the UK.

Employment Opportunities: There are a lot of opportunities for internship, research and teaching assistantship in the UK for international students, helping them earn a better living while pursuing their courses. Students can work part-time for up to 20 hours a week during term time and full-time during semester breaks to manage their expenses in the country.

Best Cities in the UK for International Students

London is admired for its diverse population, multiple employment opportunities and scope to build social networks. London ranks 1st in the world in the University Rankings Indicator with 18 ranked institutions, in the QS World University Rankings® 2020.

Also, London ranks 3rd in the Employer Activity Indicator which suggests that students graduating from universities in London have a higher chance of attracting employers from all around the world.

Moreover, London is home to top universities to get an MBA in the UK namely: The University of Oxford, University of Cambridge, London Business School, London School of Economics and Political Science.

Some of the exciting places and wonderful architectural landscapes in London are- Westminster Abbey, ZSL London Zoo, London Dungeon, Madame Tussauds, Sea Life London, Tower of London, The London Eye. One can never get bored in London.

Additionally, whenever you want, you can have the Warner Bros. Studio Tour London- the place where your favourite movies like Harry Potter got shot.

According to QS World University Rankings 2021, the following are the top universities in London:

Edinburgh, which is the Scottish capital, ranks 16th in the World University Rankings and welcomes around 67,995 students. The epitome of Scottish culture and sublime nature, Edinburgh ranks 37 in terms of employer activity and 82 in affordability.

Some of the top Universities in Edinburgh are:

Home to places such as Castlefield, Museum of Science and Industry, Manchester Cathedral, National Football Museum, Chetham’s Library, Manchester Art Gallery, Chinatown, etc., the city is adored for its culture and extra-curricular opportunities.

Manchester is cheaper than other cities in the UK which adds to its desirability status for international students.

Fourth in the best UK student cities ranking, Glasgow holds a global rank of 39 and comes among the top 50 for the university rankings. Also, Glasgow ranks 57th in the employer activity rank and 89th in affordability.

Some of the places of attraction in Glasgow are- Glasgow Cathedral, Riverside Museum, Glasgow School of Art, Kelvingrove Art Gallery and Museum, George Square and the Merchant District.

Coventry ranks among the top 5 in the UK, 47th in the Best Student Cities Index, 104th in affordability and 44th in employer activity rank. The leading university in Coventry which is- Coventry University, provides specialisations in automotive design making it one of the most sought-after institutions for students having a background of mechanical engineering.

According to the QS University World Ranking 2019, following is a list of top 10 student cities in the UK:

Besides a good university and a perfect program…. the choice of city is also important. With a plethora of information on the internet, you are bound to feel overwhelmed!! Don’t worry, at Manya Education, there are specialists equipped to deal with all kinds of queries which can help you make an informed decision!!

Top 15 Engineering Programs in the US for Undergraduate Students

15 Inspiring Indians Who Studied Abroad and Made It Big 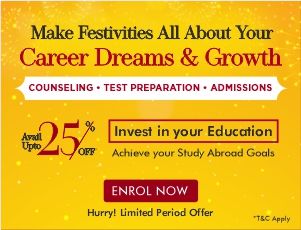 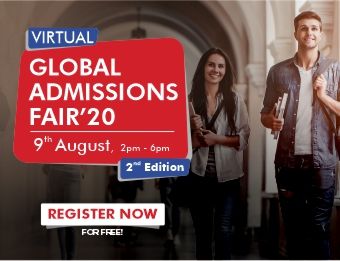 GRE: The Gateway to Higher Studies
Universities in the US where GRE is not a mandatory requirement
SAT Acceptance by Leading Indian Universities & Colleges
Top 5 Tips to Manage Your Homework Stress
Ph.D. in the USA for International Students