About Us
Our Team
Career
Partner with Us 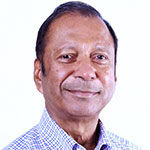 Mr. Khaitan, Founder & Chairman of RAL Consumer Products Ltd. – company that has diverse interests ranging from solar solutions, LED products, baby care to personal grooming products, also the Joint Managing Director of Indo National Limited (a BSE listed Co.). A progressive thinker and an industrialist, he founded the Salora International Limited (a BSE listed Co.) in the year 1975. He was the mastermind behind the launch of Sony Ericsson in India and ensured it became one of the market leaders in mobile brands. He has also managed several successful JVs/partnerships in India with Matsushita, Panasonic, Daewoo, Ericsson, Energizer Holdings, The Princeton Review, Luv n Care to name a few. For his exemplary efforts, he was awarded the ‘Electronics – Man of the Year Award’ in 2002 by the Consumer Electronics and Television Manufacturers Association (CETMA).

Mr. Khaitan is a philanthropist. He is on the management committee board of Chinmaya Mission, Ramakrishna Mission, and Ajay Kumar Garg Engineering College. He actively contributes towards the betterment of the underprivileged. He is also an active member of the Vidya Bharati Akhil Bharatiya Shiksha Sansthan, which runs 13,000 schools pan India for the underprivileged. Additionally, Mr. Khaitan is regular to the Friends of Tribal Society, which has over 36,000 single teacher schools across India. 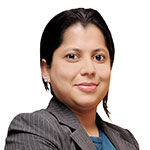 She energizes the environment of Manya – The Princeton Review Private Limited (MEPL) with her “Let’s get it done, and get it done best” spirit. A double major in Business and Computer Information Systems from the Kelley School of Business at the Indiana University, Bloomington, she embarked on her professional career by co-founding MEPL. Nidhi, a visionary, played an integral role in drafting the initial business plan and carrying out the pre-operative activities of MEPL while still at the business school.

An entrepreneur and a marketing expert, Nidhi also founded India’s largest solar off-grid brands “MITVA”. At present she heads the solar, LED, childcare and personal grooming divisions at RAL Consumer Products Ltd. She is also an investor at Intellecap, which is a pioneer in providing innovative business solutions that help build and scale profitable and sustainable enterprises dedicated to social and environmental change in social impact companies. 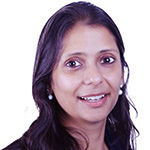 An optimistic & charismatic leader, Aradhana has led the creation of the company and is the guiding force of the company emphasizing on “Saraswati before Laxmi”. She is also a Co-Founder and Partner of Trivium Education – a platform which offers services in assessment development, e-tutoring, online grading & content support to education companies globally. Furthermore, she serves on the board of RAL, which is an FMCG, Solar & Consumer Appliances distribution companies.

Aradhana holds a Bachelor’s Degree in Business Administration from the Ross School of Business, University of Michigan, Ann Arbor. She is a Fellow of the fourth class of the India Leadership Initiative of the Aspen Global Leadership Network. She leads by example & has built a culture of learning& empowerment in the organization.

Himanshu Kishore has the expertise in Retail Business with 16+ years’ experience in Brick & Mortar Retail & E-commerce industry. He has worked with the organisations such as Wills Lifestyle, French Connection, Levi Strauss India, Crossword Bookstores and Lenskart.com. He has expertise in Retail Operations, Distribution, Merchandising, Marketing, Business & Franchisee Development, Customer Loyalty & Analytics and managing a strong P & L. He is an MBA graduate from Institute of Productivity and Management. 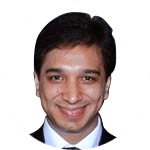 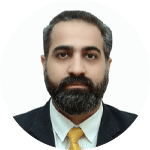 Sumit has 16+ years of experience across industries in Talent Acquisition, Talent Management Policy Formulation, Performance Management, Grievance Handling, Employee Relations, Competency Mapping, Compensation and Benefits. He spearheaded the HR Talent Management and HR Operations as Sr. General Manager at Manya – The Princeton Review Pvt. Ltd. from 2014-2020. Prior to re-joining Manya as Head – Human Resources, he was also associated with Pearl Academy of Fashion, Wakeup Technology and has an experience as an Entrepreneur. He is Six Sigma Certified and done his Post Graduate Diploma in Human Resources.

Sunithi Sony has 20+ years of experience in the Education & Training Industry with special expertise in Operations and Academics. She spearheaded Operations for the Test Prep division, as National Operations Manager, at Manya – The Princeton Review Pvt. Ltd from 2007-2016.  Prior to re-joining Manya as Head–Test Prep Delivery, she was also associated with Labournet Services India (P) Ltd as Head–Quality in building quality standards & processes for the Skill Development Programs initiated by the Govt. Of India.

She holds a post-graduate degree in Computer Applications from Madras University and also an M.Phil in Computer Science from Madurai Kamaraj University.

Charu Sethi has 17 years’ experience in handling end-to-end management of operations and client servicing (for B2C & B2B clients). Prior to re-joining Manya – The Princeton Review Private Limited this year, she worked with Manya from October 2006 to October 2010 as Project Manager. She has also worked with organizations like Archies Gifts & Greetings, V Customers & Head Honchos. Her areas of expertise entail setting up teams and delivering on revenue, commercial, operational efficiency; defining standard operating procedures; achieving service goals. She is skilled in the conceptualization of strategy, expansion of relations with existing clientele, marketing/promotions for projects at hand and stakeholder/team management. Apart from working in the education industry, she has also worked in the e-commerce space. Charu completed her Management program from Wigan & Leigh College, London

He has done his Bachelors of Commerce in Accounting & Finance from Badruka College of Commerce & Arts and diploma in Advanced Software Technology from CMC Ltd.

K Ramakrishnan has done his Masters in Business Administration & Bachelors of Science in Chemistry from the University of Madras. He has an experience of 29+ years and has worked with organizations like Pearson India Pvt. Ltd., Virtuosity Skill Development, Laurus Edutech, Aptech Limited, Ssi Limited, Celltell Communication Limited, Latham India Limited, Eureka Forbes Limited. He has an expertise in extensive sales management, business development & strategic business management with P & L responsibility. He also has experience in achieving annual budgeted revenue, profitability and business targets, expansion, operations, and marketing management experience in the retail and services marketing industry.