The Graduate Management Admission Test (GMAT) is an assessment test taken by students who are aspiring to pursue a management course at one of the business schools around the world. Almost every business school has a similar application process with students applying their candidature with an application form along with their GMAT score.

The general perception is that the GMAT Quantitative section is tougher than Verbal Reasoning. This may not always be true especially for non–native English speakers. The verbal reasoning section can be equally challenging. Therefore, it becomes important to focus on brushing up some basic English grammar rules. GMAT verbal reasoning section has 36 multiple choice questions based on Reading comprehension, Critical Reasoning, and Sentence Correction.

Sentence correction questions measure language proficiency, based on an effective expression that is grammatically sound. Each question will have a sentence or a part underlined, to be restructured, by choosing the right answer from the multiple choices given. While picking the right answer one has to base the choice on context, grammar, word choice, and sentence construction.

While attempting GMAT sentence correction questions identifying grammatical errors alone will not be enough. A grammatically correct sentence should also retain the correct meaning of the original sentence based on its context.

Here are some basic sentence correction grammar rules that you need to know to answer questions related to them appropriately:

The agreement is a match between words and phrases, which is essential for clarity of expression. Various parts of speech should agree with each other in number, person, gender, and case to convey a thought properly.

Subject–verb agreement refers to an agreement between the subject and verb. The rule to remember here is:

If answer choices in the test differ based on singular and plural verbs, the question is testing subject–verb agreement. To pick the right answer, identify whether the subject in question is singular or plural. Based on that information, fit in the right verb following the rule mentioned above.

Singular – A bird flies in the sky

Plural – The birds fly in the sky

In English, it refers to the use of matching sentence structure, phrases, or longer parts to balance ideas of equal importance. It is also sometimes called a parallel structure or parallel construction.

A modifier is a word, a group of words or clauses that function as adjectives or adverbs which are used to describe other words in a sentence. They affect nouns, other verbs, adjectives, and adverbs in a sentence.

The Green Coat. “Green” as an adjective is a modifier describing the noun “Coat”

The match was exciting. “Exciting” is used as a modifier here to describe the “match”

Modifiers are optional words in a sentence. Adding or removing them does not change the meaning of a sentence. However, when used properly they make writing more descriptive and interesting. GMAT sentence correction questions contain dangling or misplaced modifier–related questions.

Related Blog Post: All You Need to Know About the 2022 GMAT

Most commonly made mistakes with modifiers:

Here “thirsty” is a dangling modifier, as the subject is missing.

Correct: Thirsty, we gulped the drink

The sentence means, Anita does not do anything but the paint on weekends.

Correct: Anita paints only on weekends.

The sentence rightly conveys that Anita paints only on weekends.

Faulty comparison occurs when a similar comparison pertaining to people, things or a set of groups is missing in a sentence.

Example: Incorrect – I like sandwiches, but Café Coffee Day’s sandwiches are better than Barista’s.

Here the comparison is incomplete as café coffee day’s sandwiches are being compared with Barista (the café). This makes the sentence illogical.

Here the comparison is between the sandwiches available at both the cafes, which is a balanced comparison.

Example: “James is running daily”. This is a wordy sentence.

“James runs daily”. This is less wordy and clear.

Cambridge University dictionary describes idioms as a group of words whose meaning considered as a unit is different from the meanings of each word considered separately.

The most common mistake students make in the GMAT sentence correction section is using prepositional idioms interchangeably. The correct usage is given below:

As is used for examples

Due to is used to modify nouns

Because of is used to modify verbs

Whether is used for introducing alternatives

If is used for conditional

Less is used for uncountable nouns

Fewer is used for countable nouns

Be aware of these rules while reading, writing, and speaking in general. This will help you become conscious of the context, which in turn will speed up your learning and will help you perform better in the GMAT sentence correction questions section.

Do you like this article? We would love to see you spread some love by sharing this article, as it may help many who are looking to prepare for GMAT. 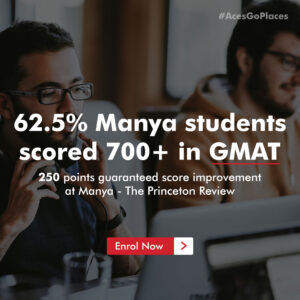